Did you know, however, that giving that instruction to employees — to not discuss the investigation with co-workers — may be illegal?  The National Labor Relations Board (NLRB) recently said it is.  Read on for their explanation and what you can do about it. 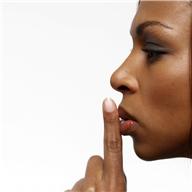 The NLRB issued its ruling in a case involving a medical center and an employee responsible for sterilizing equipment.  When the normal sterilization method was unavailable (due to a broken steam-pipe), the employee was instructed to use an alternative method to sterilize surgical instruments.  He refused because he considered that method to be insufficient.

An HR investigation into the incident followed.  An HR official interviewed the employee and then instructed him not to discuss the investigation with his co-workers while it was ongoing.  The employee filed an unfair labor practice charge with the NLRB, alleging his employer’s instruction violated his rights under the National Labor Relations Act (NLRA).  Specifically, the NLRA makes it an unfair labor practice for an employer to “interfere with, restrain or coerce employees” in engaging in “concerted activities for the purpose of collective bargaining or other mutual aid or protection.”

In a 2-1 panel decision, the NLRB ruled that the instruction to the employee to not discuss the investigation with co-workers violated the NLRA.  It concluded that while the medical center had an interest in protecting the integrity of its investigation, this interest was outweighed by the employee’s right to communicate with co-workers for “mutual aid or protection.”  The NLRB rejected the employer’s general prohibition against discussing an ongoing investigation.  The NLRB did note, however, that a confidentiality instruction could be valid where an employer showed that: (i) investigation witness needed protection, (ii) evidence was at risk of being destroyed, (iii) testimony was in danger of being fabricated, or (iv) there was a need to prevent a cover-up.  In this case, the employer made no such showing, and there was no reason to believe that the employee’s failure to preserve confidentiality would imperil the investigation.

While the NLRB is viewed by many as just dealing with unions and unionized companies, that is not so.  The NLRA provides protection to almost all employees to unionize — and to refrain from unionizing.  So even if you do not have a union in your workplace, you cannot ignore this decision.

The decision is subject to appeal to the federal Ninth Circuit Court of Appeals and then ultimately to the U.S. Supreme Court.  It may not stand (though the Ninth Circuit is considered more employee/union-friendly than most other federal circuit courts).  But, this case further demonstrates the current NLRB’s position on employee rights under the NLRA.  Those rights are considered expansive and sacred, only to be restricted in the most limited and drastic circumstances.